To announce their new serie produced by Baz Lurhmann « The Get Down », Netflix, in collaboration with MEC and Second Floor, launched a pop-up store in Brussels. The idea was to make their future audience discover the « 70s Bronx » universe of the serie from disco to hip-hop music.

Besides a strong concept, the starting point of the pop-up store was the location which must answered some important criteria. That’s why MEC and Second Floor came to Pop Media with the mission of finding the perfect location in Brussels. This location combining 90 m² interior space with 70 m² storefront in the heart of Porte de Namur, enjoying the great trafic of Chaussée d’Ixelles (32.145 pedestrians a day) and Toison d’Or (16.000 pedestrians a day) seduced directly the client Netflix.

A combination of interactive window and high-impact graphics in the look and feel of street graffiti on the storefront contributed to draw efficiently the attention of the pedestrians and shoppers and to drive them to the pop-up store. Three LED screens integrated in the storefront with motion capture animation, in collaboration with Biborg, started the first interaction between the serie and the future audience.

Hip-hop dance battles and dance classes, organised in collaboration with NRJ and the belgian champion 2MAD, animated the pop-up store till the launch of the serie. The first episodes were to be watched in exclusivity in the pop-up store.

A general atmosphere in the look & feel of « The Get Down » : graffitis, vintage pictures and illustrations and, of course, hip-hop music. 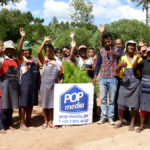 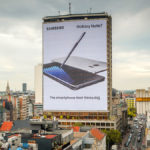